On September 6, 2016, the United Patent and Trademark Office granted patent number  9,435,998 to Tecnica for its laser print head system. This is the second patent granted this year by the USPTO to Tecnica for its 3D printing technology. 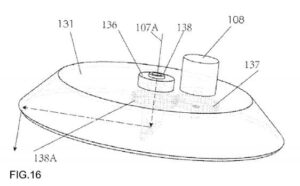 The new technology, housed in the CASA SLS Printer and exhibited at the Inside 3D Expo at the Jacob Javits Center in April 2016 in NYC, will be released late December 2016.  Breaking away from a 30-year-old technology, Tecnica developed a printer that blows the competition away.  Tecnica fills the vast price void created by the other 3D printing companies by offering a professional-grade SLS 3D printer at a starting price point below $20,000.  A powerful 25-watt laser with an internal cooling Peltier system and a positive pressure airflow allows printing in a pre-set temperature range.

The print process is monitored and controlled with a  10” high-resolution color touchscreen that lets you see your prints being created in 3D.  The display also monitors statistical information, including temperature, processed layer, elapsed printing time and more.  From its ease of use, automatic lock closing, to easy cleaning and maintenance, every detail has been thoughtfully designed.

Aerospace, Automotive, NASA, and defense industries can benefit from the speed and accuracy of the Tecnica Laser print head technology,  cutting down on print time while improving performance.

Schools and Universities, Manufacturers, Prototypers,  Jewelers, and Designers can all afford a professional-grade 3D printer for a hobbyist price.

Founder at Tecnica, Inc. - Managed the development team who implemented the Lens Free Optical Scanner (LFOS) Mr. Bibas holds more than a dozen worldwide patents in the field of 3D printing. And hold a Bachelor of Science in Computer Engineering (BSCE). from the Technion. Israel.